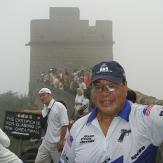 PSA:  If you are ever in Tokyo and asked if you would like a Fukano by the bartender. The proper gaijin response to get it on the house is, “Fuckin-A!”, along with thumbs up sign...

By bayouredd,
February 9, 2019 in Foreign Whiskey