My first trip to distilleries 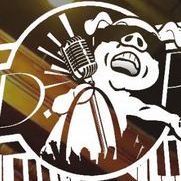 Share
Followers 2
This topic has been inactive for at least 365 days, and is now closed. Please feel free to start a new thread on the subject!