I really am a complete sucker for certain commemorative releases of stuff in general.  Well, I have given in to accepting the fact I like these kinds of things, if they resonate with me. And, so it wa 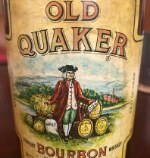 My new favorite marzen.   Dethrones the Ayinger for me.  Perfect beer as the nights get earlier and colder.

🎵 It’s the most wonderful tiiiiime of the beer yeeeeaaarrr!!!  🎼    Sam Adams Octoberfest leading it off for me, again this year!