Had a neighbor that just finished his last cancer treatment with Keytruda.  Figured this would be a great time to open up one of my favorite bottles.  2011 20 year old PVW:} 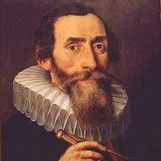 Score and pour.  As for the first tasting, it's just a first tasting mind you.  But all I can say is Yes.  YES fellow Turkeyheads.  The rest of you, nothing to see here, just move along please.  The n

Pulled this from the bunker and cracked it open under the stars at the campfire.  2015 was a fine year for the LE.

By 0895,
January 15 in General Bourbon Discussion